Sunday School For Kids
To fulfill this desire of Srila Prabhupada, we at Radha Govind Temple Ahmedabad had started Bhakt Prahlad School, Sunday evening classes for children under the age group of 5 to 13 years to introduce them to Krishna consciousness and the spiritual world.
Enroll Now
Slide 3

GOVINDA’S, an international cuisine restaurant is uniquely designed for serving patrons to celebrate any ceremonies or celebrations with a group of 4 to 110 guests with personalised seating arrangements and an international delicacies menu too.
Order Now
ISKCON Is Part Of The 5000-Year-Old Hare Krishna Movement That Was Introduced To The Western World By His Divine Grace A. C. Bhaktivedanta Swami Srila Prabhupada. The International Society For Krishna Consciousness (ISKCON) was Incorporated In New York In The Year 1966 And From There The Organization Spread All Over The World In More Than 100 Countries In A Short Span Of 12 Years. In The Last 50+ Years, We Have Gifted The World 600 Million Spiritual Books, Distributed Food To 2 Million People Every Day, And Transformed Many Many Lives All Over The World. 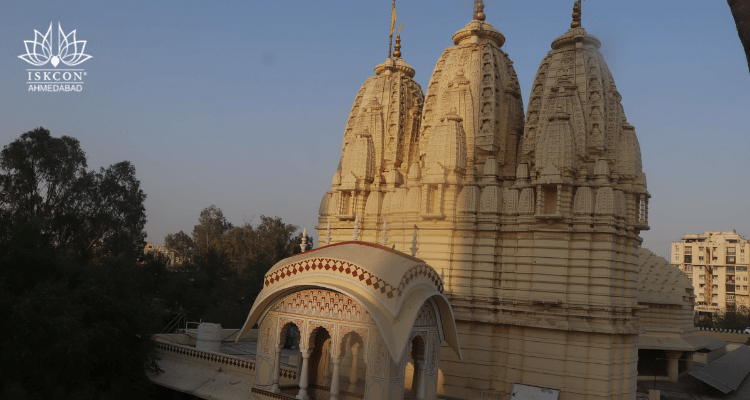 What really impresses the hearts of people is not miraculous feats but genuine humility, integrity and a true sense of love achieved through service. 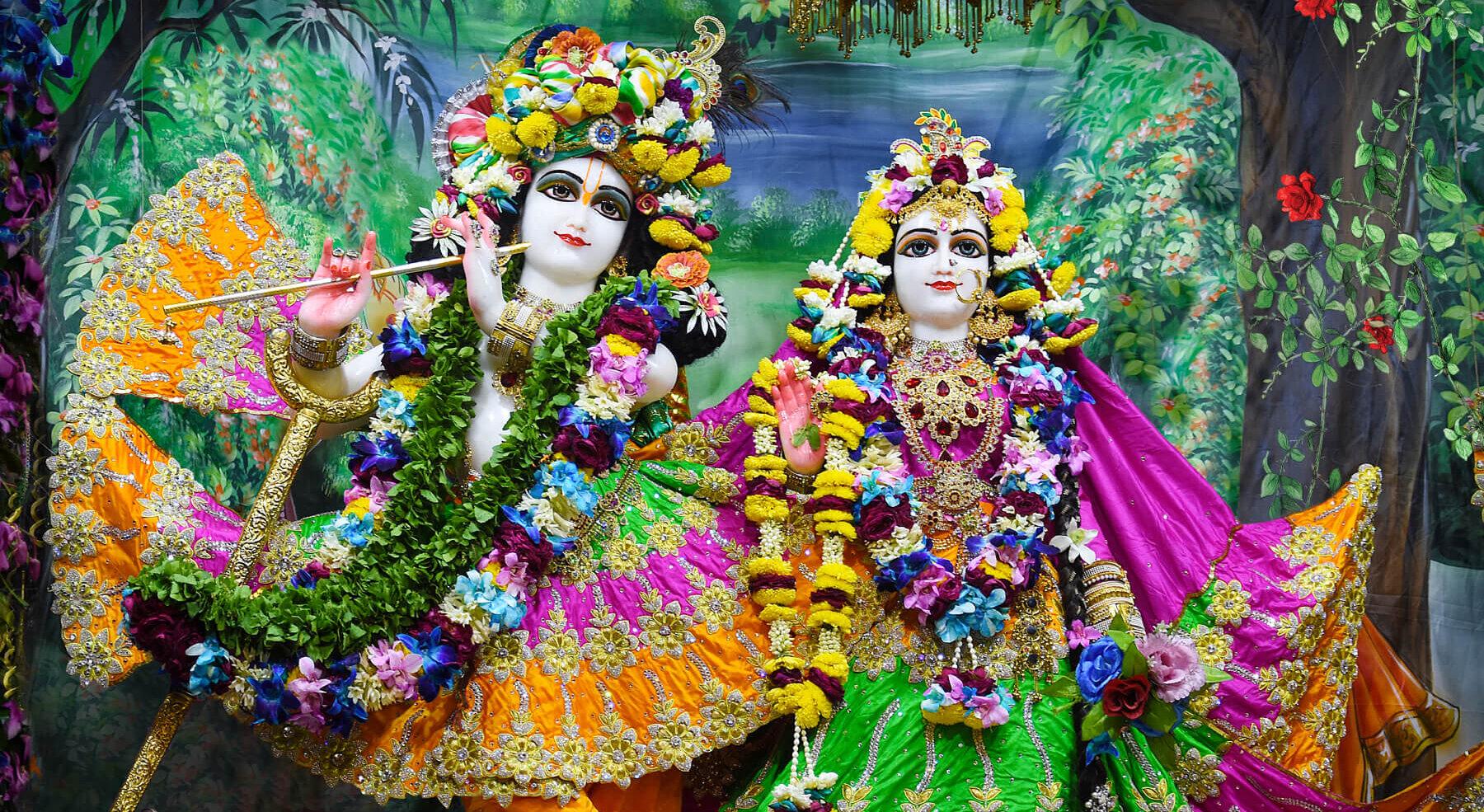 Our own endeavors can only take us to a certain level but ultimate goal will be attained only by the mercy of Vaishnavas and mercy of Krishna. 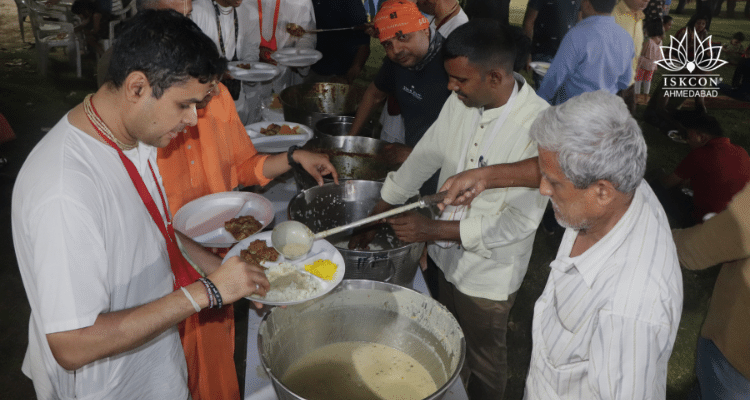 In every center of our institution, ISKCON, we have arranged for a love feast every Sunday, and when we actually see people come to our center, chant, dance, take prasādam. 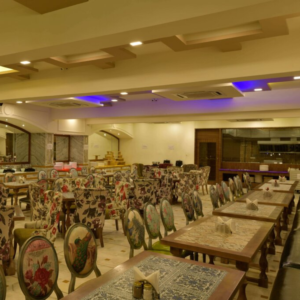 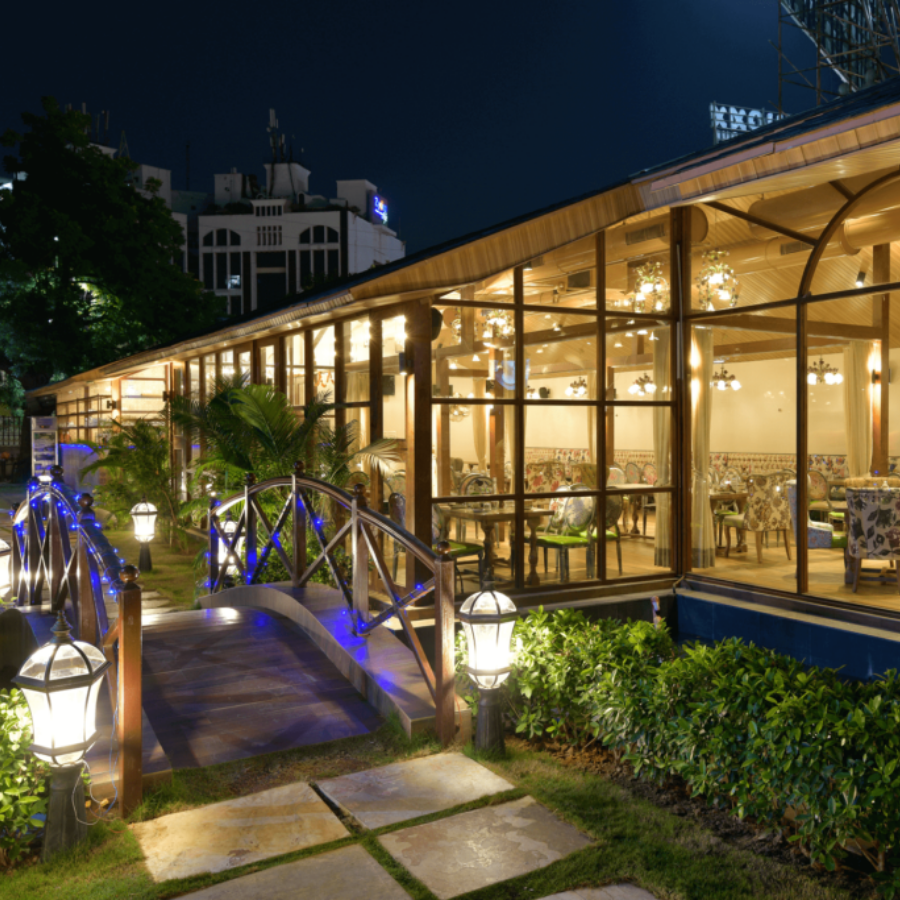 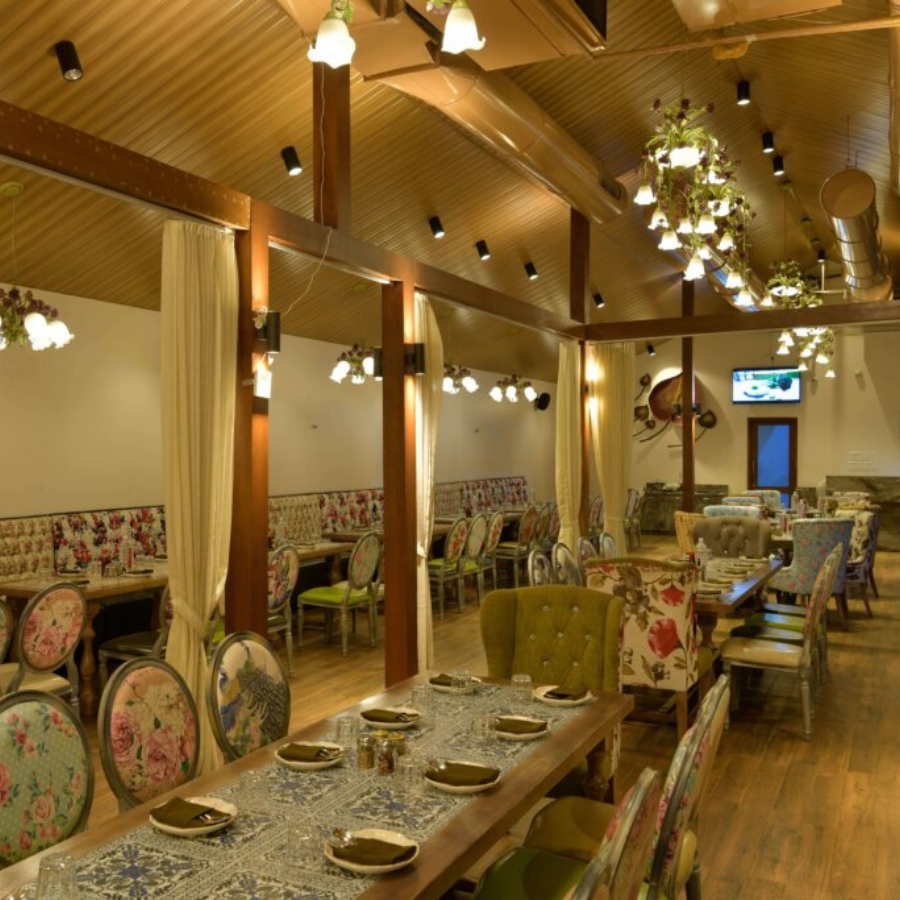 His Divine Grace Abhay Charanaravinda Bhaktivedanta Swami Prabhupada Is The Founder Acharya Of The International Society For Krishna Consciousness (ISKCON).

His Divine Grace A. C. Bhaktivedanta Swami Prabhupada was born in 1896 in Calcutta, India. He first met his spiritual master, Srila Bhaktisiddhanta Sarasvati Gosvami, in Calcutta in 1922. Bhaktisiddhanta Sarasvati, a prominent devotional scholar and the founder of sixty-four branches of Gaudiya Mathas (Vedic institutes), liked this educated young man and convinced him to dedicate his life to teaching Vedic knowledge in the Western world. Srila Prabhupada became his student, and eleven years later (1933) at Allahabad, he became his formally initiated disciple. 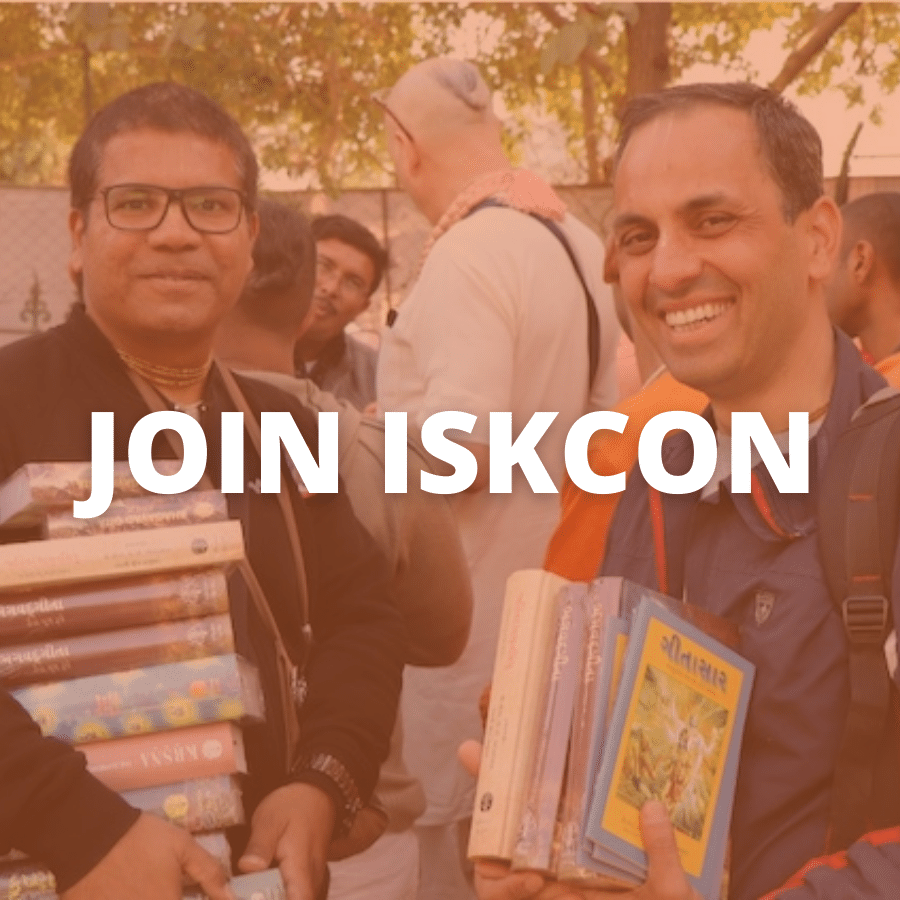 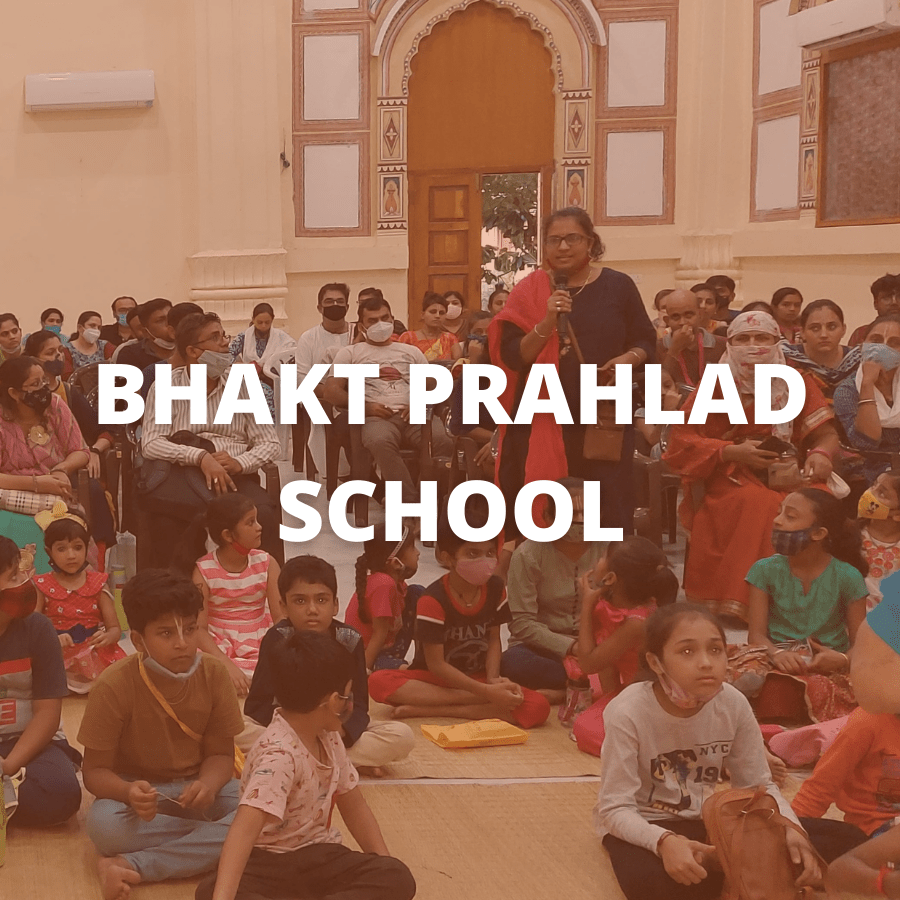 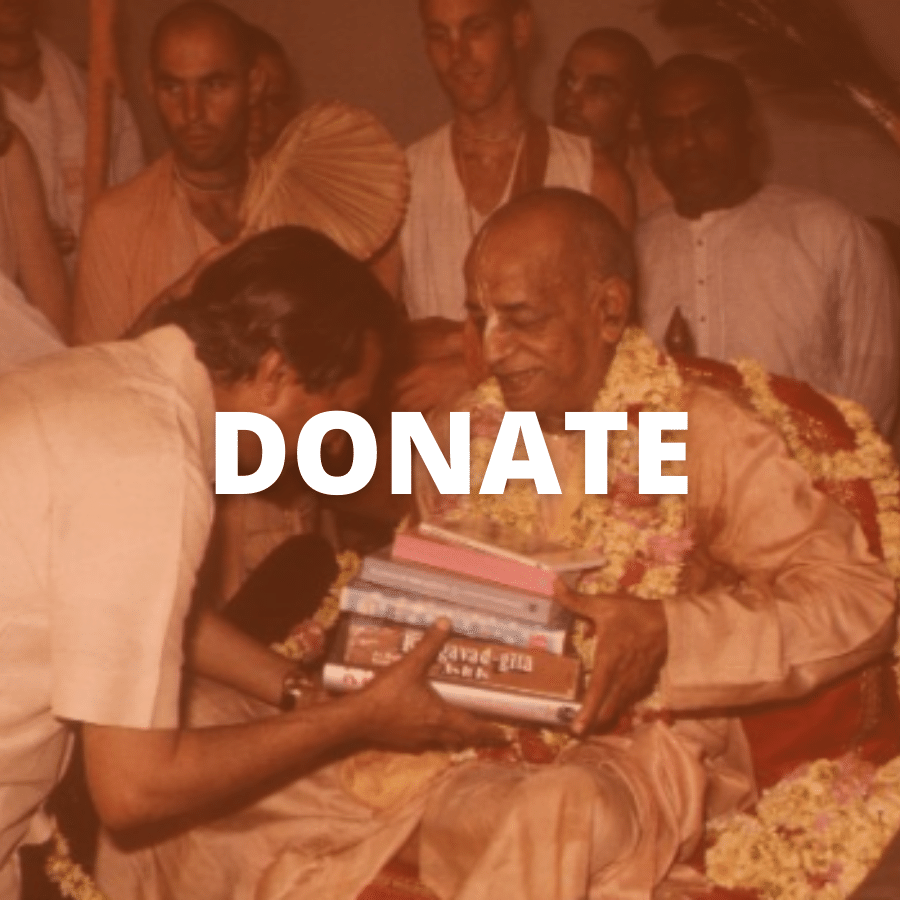